In November 2017, I was commissioned by the Guardian Weekend magazine to photograph several people who found themselves suddenly homeless and the difficulties they faced when trying to secure help and accommodation.  The images accompanied a piece ghost written by Erica Buist and was published on 16th December 2017. 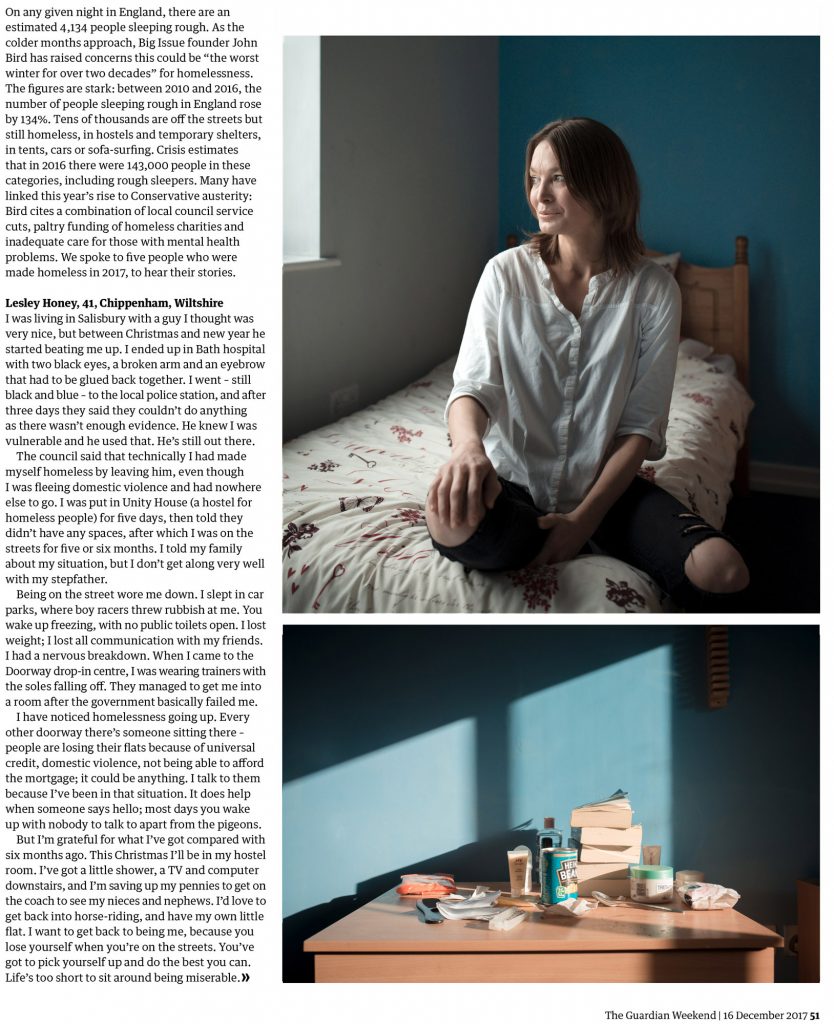 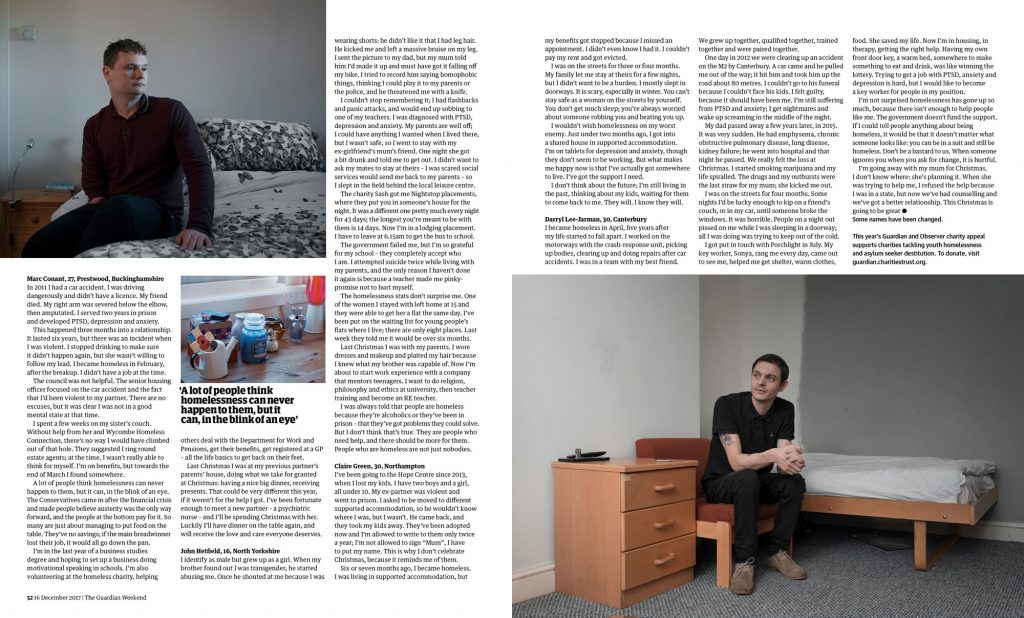